I’ve recently found some great pictures in the Royal Artillery Battery BEF diaries I’ve been copying-I can’t confirm who’s who exactly in this picture or the location (Thinking Dorchester Pub called Eldridge?) as there isn’t any notes on the back of the photo but the war diary does give some clues which I’ll post below. 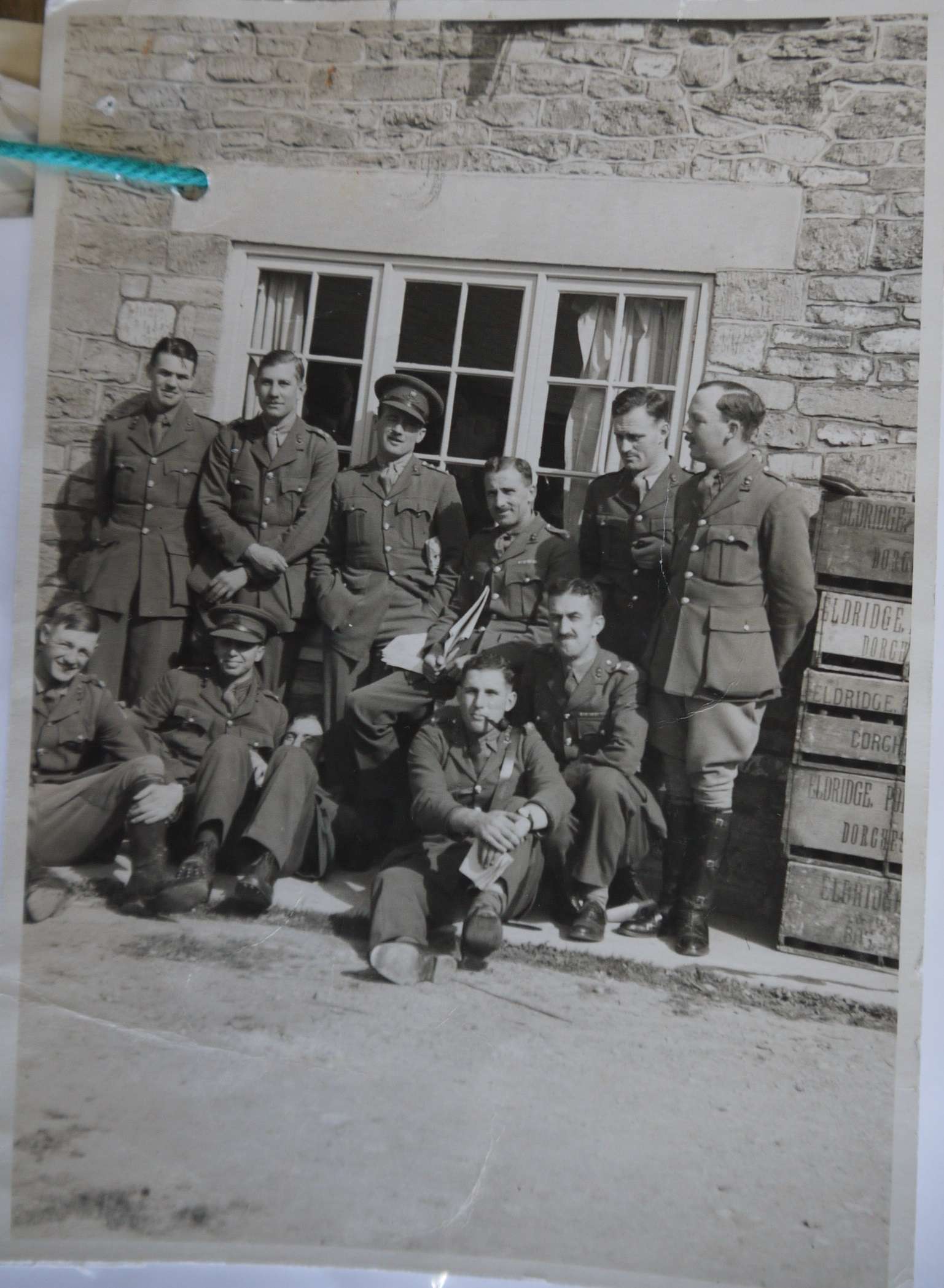